It’s been a pretty strange year past, punctuated with highs and lows that, like the weather, have peaked with extraordinary insistence. I think it’s a trend we’re going to have to learn to adapt to.

As if to echo, the political climate has too been erratic. In British Columbia, our Spring time election witnessed the bizarre, Mugabe-like siege of the Legislature by the Liberals, taking months as it turned out to prise Christy Clark’s death-rip from the reins of power before a Summer swearing in of a government of an entirely new stripe.

Or at least, that’s how it was advertised.

But as Autumn turned, so did hopes the NDP would prove itself an alternative to the crony capitalist, BCLiberals. Just two weeks ago, the new premier announced the government would continue the course set by Clark and carry the Site C dam project forward – a project with more strikes against it than an English coal mine.

I hosted quite a few shows about Site C over the last year, (and previous ones too) most frequently speaking with Peace Valley farmer and president of the Peace Valley Landowners Association, Ken Boon. I’ll talk to Ken again in the second half of the show to get his take on possible next steps in the continued resistance to this disastrous turn of events.

I’ll also talk to long-time Victoria-based green business savant and horticulturalist extraordinaire, Christina Nikolic at the bottom of the hour, taking the pulse of the city and environs with the Left Coast Events bulletin for the X-Mas/New Year’s week.

But before letting go the scruff of Christmas past; in a recent interview John Horgan, as if to underline for any still thinking the NDP would change the province’s political course announced,

“If we’re going to be a government that governs for all British Columbians, we have to set aside our activism and start being better administrators.”

Then he began packing a bag for his January trade mission to Asia; where he’ll undoubtedly get the opportunity to demonstrate that administrative malleability to Site C contract awardee, CCCI, aka the China Communications Construction Company Ltd.

In the same interview, Horgan also said it wasn’t Christmas for him until he’d heard the Pogues song, Fairytale of New York. It seems a fitting companion piece to the beginning of the end of another failed dream of change in BC. Happy Christmas Premier Horgan, this one is for you.

Chris Cook hosts Gorilla Radio, airing live every Thursday between 11-Noon Pacific Time. In Victoria at 101.9FM, and on the internet at: http://cfuv.uvic.ca.  He also serves as a contributing editor to the web news site, http://www.pacificfreepress.com. Check out the GR blog at: http://gorillaradioblog.blogspot.ca/

Past as prologue played large in BC in another way in 2017. Late in 2016 long-time environmental defender Ingmar Lee’s fears came to fruition. Ingmar has been on this show many times over the years, blowing the clarion of wise ecological alternatives to the economically-driven choice of policies made by concurrent governments and corporations. Typically, these calls are a whistle in the winds of the mainstream media maelstrom, lost in the veritable monsoon of brain badgering bafflegab and bullshit.

He’s been warning of the oil spill disaster where Spring, Summer, Fall and Winter, 10,000 ton oil tankers barge up and down the harrowing BC coast, pushed by ships designed for the rivers and inland seas of the southern United States. He and his growing number of allies track these potential latter day Exxon Valdez’s, one of which, the Nathan E. Stewart he had written extensively about. 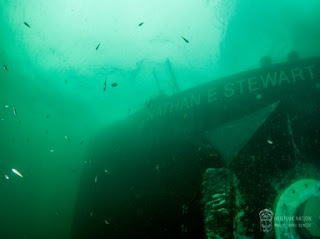 Sure enough, the Nathan E. Stewart grounded and sank, fortunately not bringing its thankfully empty tanker down with it, but still fouling the seas and coastline not twenty miles from Ingmar’s home near Bella Bella. This past November 30th, while the province slept, the Nathan E. Stewart’s replacement, the Jack Shearer, while crossing Hecate Strait in moderately heavy seas, separated from its fully laden oil tanker.

For hours, the crew of the ill-prepared tug frantically, and heroically, saved the barge from running aground and certainly being ripped to shreds on Gosling Rocks. Another narrow escape, but not near enough calamity to alter the course of the trade allowed to continue plying up and down the coast while offering Canada and Canadians nothing but the risk of certain environmental disaster to come. Sadly, the country’s federal government too “set aside activism” on becoming government, and dare not offer resistance to so obvious and grievous a menace.

Naturally, the odious Mr. Trump, (or is that the “Naturally Odious Mr. Trump?”) was my newsmaker, if not person, of the year past. Not only did he feature on the wrong side of every issue of major import, but the media-hogging omnicon president has in his first year set a new highbar for all the low-lifes to follow him into public office everywhere. With his unrepentant mendacity, and unprecedented alacrity at using his trusted position for personal enrichment, Trump has set back the very idea of public service centuries. 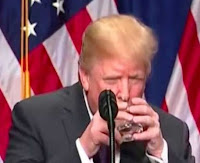 Regardless of how much criticism he receives, and you can’t help but admire the breadth of enmity he attracts or the diversity of his detractors, it seems the end of Season One of the Donald Show is just the beginning of a sequel defying tranformational period for the United Empire of America Inc.

“Must watch” hardly does the spectacle justice, and sadly, “watching” is about all the Democrats seem able to do; mired as they are in scandals of their own, infighting, and outright collusion with the administration’s destructive foreign policies.

What this all means for the Season Two debut has me shaking in my slippers, and reaching for the popcorn.

11:19:00 5:00 Gil Scott-Heron – Working for Peace – GasCD (fade to b s-m)
11:24:00 4:00 Buffy Sainte-Marie – The War Racket – Medicine Songs
11:28:00 1:00 Cart(s)
11:29:00 7:00 Christina Nikolic Left Coast Events bulletin
11:36:00 3:00 Poalo Nutini – Cherry Blossom – Caustic Love
11:39:00 19:00 Discussion w/ Ken Boon
Welcome back to GR, etc. This is our Year-ender show. One of the year’s most frequently appearing guests joins us now. Ken Boon is a Peace Valley farmer and president of the Peace Valley Landowners Association. Ken and his family have lived at the heart of the resistance to the Site C dam project from the beginning. It’s a fight that’s cost him personally, but not nearly so much as it will cost all British Columbians should this ill-conceived third major dam on the Peace River be allowed to continue to completion.

“Welcome back to the program, Ken. I had BC Green Party candidate, Douglas Gook on the show last week. he says he’s not through fighting the NDP decision to go ahead on Site C; is there a way to turn this around yet?”